How an Unorganized and Unreliable Network Turned Around 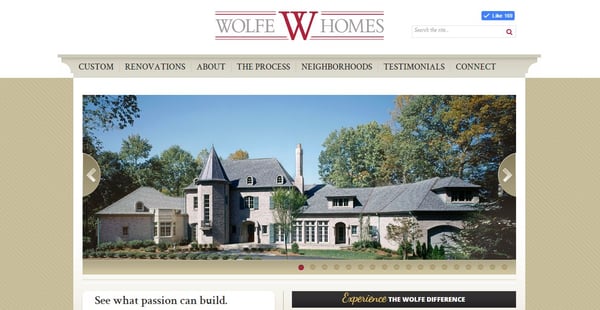 In today’s busy age, life has an easy way of becoming untamed, leaving our control and resulting in masses of overwhelmingly long and unorganized ‘to-do lists’. However, our work projects, classified documents, and meeting times and dates are clusters of information we would rather not be affected by this worrisome issue. Greensboro, North Carolina’s own- Wolfe Homes- realized this after their unorganized and unreliable network caused inefficiency and unproductivity to cut into expanding their business.

Wolfe Homes is a small home renovation and construction business that provides the most magazine-worthy homes in some of the Triad’s nicest neighborhoods. They had always been a smaller business since their conception in 1980, but their staff had recently grown to thirty employees. Their lack of IT support left them incognizant of their network’s original set up. Owning out-of-date computers and equipment put an unnecessary struggle on their team. Their network’s backup system saved only once a day, leaving their company open to easily loose pertinent files, client names, and housing blueprints. With an unreliable network connection and a low quality network infrastructure, their business resulted in a slower work speed than desired. Wolfe Homes was in dire need for some assistance.

To remedy their business’ network struggles, an assessment of their network needed to be performed in order to locate what was slowing the network down and affecting their business’ growth. This eventually led to pinpointing their business’ needs to move forward. In Wolfe Homes’ situation, consolidation and simplification of their network was essential. This included, organizing their data and files, so that they were accessible to every employee, and eliminating unnecessary software and functions to free up space on their computers. This gave Wolfe Homes’ an opportunity to set up their network with clarity, instead of deciphering through the jumble of excess.

Next, Wolfe Homes’ added a Backup Disaster Recovery Appliance, forcing their data to save every four hours instead of once a day; also improving their network’s reliability in case of a disaster. Rick Lyles, CFO of Wolfe Homes, spoke on their company’s much needed network reliability: “[Now] I don’t have to worry about our server or backup falling on my head”. Besides feeling alleviated with the use of a new backup system, Wolfe Homes lastly overcame their poor wireless network for overall better responsiveness. This means less time waiting around for their computer to load simple tasks, open and download files, or send those crucial client emails.

Today, Wolfe Homes has advanced their business to match their budget and network’s needs by taking their debilitating scope of problems and lessening them to a few minor issues. As Project Manager, Alex Wolfe, stated, “Supporting IT is not as much a part of my day as it was, I went from working ten hours a week on technology down to three hours a week”.All they needed was a little advice, care, minimization, and organization to get them where their business wanted to be. Wolfe Home’s CFO, Lyles, says it best, “Results from our project lets us know we can look forward, not back”.